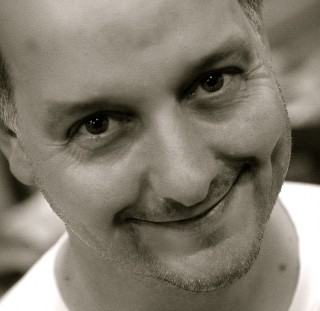 William Kerley is a freelance director of opera, theatre and film, writer and broadcaster.

Between 2007 and 2012 he was Resident Stage Director at Maestro Lorin Maazel’s Castleton Festival Virginia, USA where he directed new productions of Benjamin Britten’s Rape of Lucretia, Beggar’s Opera, Albert Herring and Turn of the Screw, Rossini’s Barber of Seville, Bizet’s Carmen, Puccini’s Trittico and La Boheme and double bills of Stravinsky’s Soldier’s Tale/de Falla’s Master Peter’s Puppet Show and Ravel’s L’Enfant et les Sortileges/Weill’s Seven Deadly Sins - all conducted by Maestro Maazel.  His Castleton Festival productions have transferred to the Opera Company of Philadelphia to CAL Performances in Berkeley, California and to the Royal Opera House in Muscat, Oman.  In 2009 his production of Britten’s Rape of Lucretia played at Opera Philadelphia, starring world-famous baritone, Nathan Gunn.

A renowned Britten specialist, he directed the 50th anniversary Aldeburgh Festival production of Gloriana at the Snape Maltings.  He also directed a new production of Britten’s children’s opera, Let’s Make an Opera at the Aldeburgh Jubilee Hall, where the piece had its premiere in 1949.

In 2011 he directed the Chinese premiere of Rossini’s Il Barbiere di Sivilgia at the National Centre for the Performing Arts in Beijing. In 2012 he directed a new production of Bizet’s Carmen at the Teatro Petruzzelli in Bari, Italy.  Productions also include the world-premiere of Giorgio Battistelli’s The Embalmer at Almeida Opera and a new production of Donizetti’s La Fille du Regiment at Opera Holland Park.  His Guildhall double-bill of Hindemith’s Long Christmas Dinner and Berkeley’s The Dinner Engagement was nominated for a Royal Philharmonic Society Award.  In 2013 he directed a new production of Thomas Ades’ Powder Her Face at Opera Philadelphia and a new Britten Centenary production of Paul Bunyan for British Youth Opera at the Peacock Theatre in London.  In 2018 he returned to Opera Philadelphia to direct the first new US production of George Benjamin’s Written on Skin.

He is deeply committed to working with young artists and has directed many productions for British Youth Opera and for the National Youth Theatre – where he was an associate director – and many productions at the Guildhall School of Music and Drama, Royal Academy of Music, and the Royal Conservatoire of Scotland – and has done extensive work in drama schools Rose Bruford, Arts Ed, Oxford School of Drama and been a guest lecturer at Middlesex University.  He is co-founder of Actiontrack Performance Company, an educational music-theatre registered charity.  He has directed five productions for Cromarty Youth Opera, including the world-premiere of a new opera based on Beatrix Potter’s The Tale of Mr Tod.  Plans include a new German production of Britten’s Noahs Flut for Leipzig Youth Opera.

He has written for The Guardian, The Sunday Telegraph and the Independent on Sunday and was a regular contributor to John Peel’s Home Truths programme for BBC Radio Four.  He has worked in the literary departments of the National Theatre, Bush Theatre, Hampstead Theatre and Sonia Friedman Productions.

His new book Driving Mr. C. was published in September 2021 and is available from the Amazon bookstore both as eBook and paperback.